How Sleep Loss Affects Your Heart

Sleeping for five hours a night alters your heart rate the next day.

Getting too little sleep has been shown to have bad effects on the heart, and many studies have linked it to hypertension. Now, a small new study published in the journal Hypertension finds that shortened sleep is connected to some negative markers, especially when it occurs outside of typical nighttime hours.

In the study, which was conducted at a University of Chicago sleep lab, 26 healthy young adults were assigned to a week of shortened sleep, with just five hours of shut-eye each night. Half of the people slept during normal nighttime hours, and half slept during the day—a schedule familiar to shift workers, who don’t keep typical 9-5 work hours. The researchers measured blood pressure and heart rate during the day, urinary levels of norepinephrine, a stress hormone that can raise blood pressure, and heart rate variability, the variation of beat-to-beat intervals used as an indicator for cardiovascular risk.

Blood pressure didn’t change in either group, which could have been a result of the short study duration. But for everyone in the study, sleep restriction resulted in a higher heart rate during the day. The group that slept during the day saw even more changes; they had higher levels of urinary norepinephrine and less heart rate variability at night, when they were awake. “There is a general awareness that when heart rate variability is reduced, this is a marker for increased cardiovascular risk,” says lead study author Dr. Daniela Grimaldi, research assistant professor at Northwestern University Feinberg School of Medicine.

Grimaldi and her colleagues were particularly concerned by what they saw during slow-wave sleep, normally the most restorative phase for the body. “Blood pressure goes down, heart rate goes down, it really allows the body to recover,” Grimaldi explains. But in both sleep-restricted groups, heart rate actually increased, especially for the group that slept during the day—suggesting that under conditions like shift work, people may not be able to fully recover.

Changing work hours is not possible for everyone, and researchers are trying to figure out what, if anything, can help counteract the negative heart effects of shift work. “In the meantime, the only thing we can suggest to people is a combination of eating healthy food, doing physical activity, trying to sleep as much as they can and minimizing all the other lifestyle conditions that can lead to cardiovascular risk as well,” Grimaldi says.

This article originally appeared on Time.com. 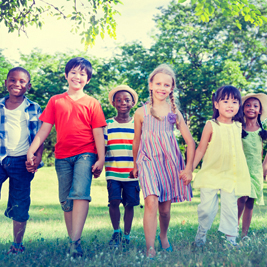 Childhood Heart Disease has a Profound Impact & is Under-Recognized